Just as the final speech had been made and the last toast drunk there was the sound of a shell exploding - off target luckily ! - but the crowd of onlookers stood awestruck as from the surrounding terrain Treborian troops appeared !!! 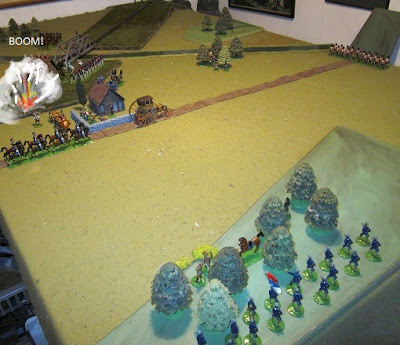 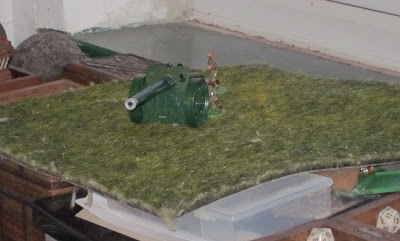 Alerted by the shell fire a sinister fellow sneaks out of a nearby cottage . 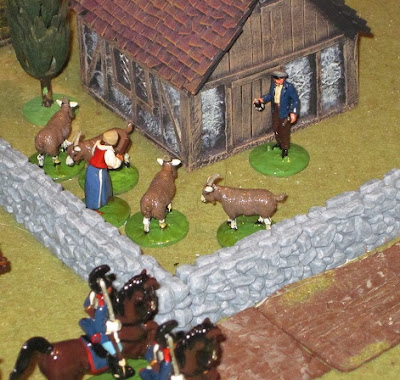 Down the railway track move a band of Treborian partisans . 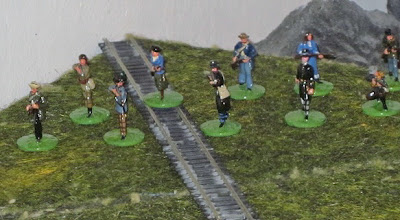 The sinister fellow (a Treborian secret agent - if you had not guessed already !) plants a 'Infernal Device' under the Presidential Steam Coach . 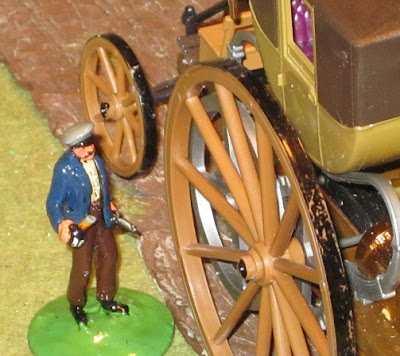 A lucky shot causes carnage amongst the Fetaland infantry (indeed lucky most of my shooting was up to this point wildly inaccurate !) 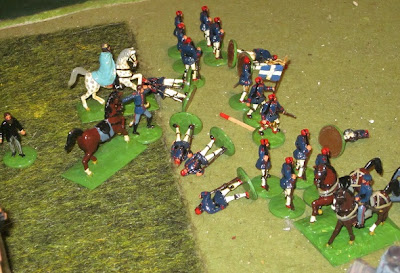 The Fetaland Household Cavalry try to deploy to defend the president, but come under fire from Treborian troops on their flank. 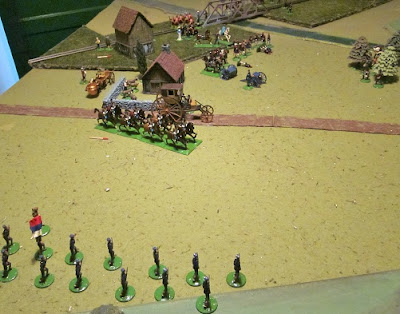 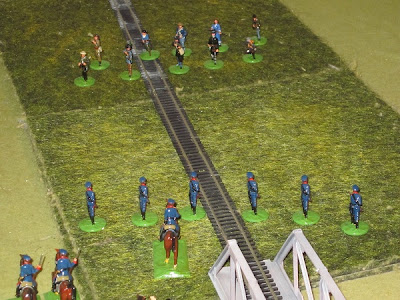 The Treborian British Legione advance to seal in the Fetaland troops 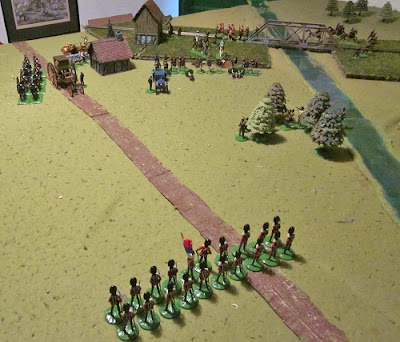 At the Bridge a scene of confusion as the dignities try to escape . 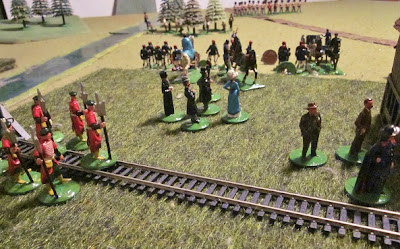 Can the rulers of Fetaland and Ferraro Rocca escape this scene of trechery ?. Too be continued .......
Posted by Mosstrooper at 09:18